When it comes to romance, these women are: 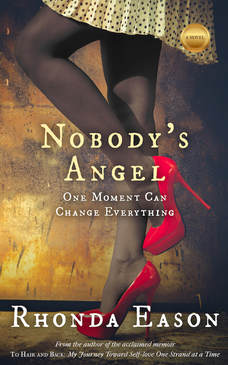 Buy Now at Amazon
Regina Kelly has been married to her best friend for ten years.  Their marriage hits a speed bump when Daniel becomes impotent and no conventional solution will help him.  Yearning for physical connection, Regina embarks on an affair that turns dangerous…  In her time of weakness, can she depend on her husband to always have her back?

Macy Sullivan has found the love of her life.  Eric is everything she’s ever wanted in a man and his twelve-year-old daughter, Chloe, is the daughter she never had. She suspects the only thing holding Eric back from proposing is the extra weight she carries.  Macy is determined to do whatever she has to do to get to the altar.  But will the price for creating the perfect family be higher than she’s willing to pay?

Shawna Stewart is the sole caretaker for her bitter, ailing mother.  And she hates every second it.  But what can she do?  If it weren’t for her life choices, Shawna’s father would still be alive. Shawna owes her mother a debt she can never repay. Then Shawna meets Nick, who causes her to consider if perhaps the person she should be taking of is herself.  But when he discovers the truth about her, will he ultimately determine that she’s better off alone?


One mistake...
One betrayal…
One death…
Can change everything.

To Hair and Back:
My Journey Toward Self-Love
One Strand at a Time
A Memoir

If hair was a woman’s crowning glory, then why did Rhonda have a mass of uncontrollable tumbleweed at best?  At worst, it was a source of frustration and self-condemnation.  Raised in a family of women born with tresses suitable for romance novel heroines, Rhonda was apathetic toward her kinky coils, and, in turn, herself.

To Hair and Back – My Journey Toward Self-Love One Strand at a Time is a debut memoir that details her quest for the perfect head of hair and the discovery of something far more meaningful.  In this endearing personal narrative, she explores the question: If I am not my hair, then who am I?

Beginning in a Detroit ghetto and traversing the globe, the author boldly reveals the joy, despair, pride, and public humiliation she experienced while in search of her best self.  Through humorous self-introspection, Rhonda uses her passion for hair to explore the dynamics of her relationships, as well as themes of race and gender.

To Hair and Back takes the reader on a journey of a child bullied because of her knotty roots through her adventurous life-long crusade in search of the perfect hair. Masked as a need for creativity and a remedy for boredom, Rhonda’s obsession with her ever-changing hairstyles becomes a metaphor that anyone who has ever struggled with issues of self-worth will find relatable.  This is a revealing story of a woman who learned how to shed false layers of beauty and bask in her own.

To Hair and Back is a unique narrative that is sure to evoke laughter and tears while readers root for the underdog who discovered how to love her hair and also herself.

Don't miss this novel filled with glamour, love and deception...

Life’s not rosy for Syeesha Green.  She shares an apartment with a temperamental roommate who has an aversion to soap and water.  She attends law school during the evenings and struggles through the workload.  And now she’s just been booted from her legal secretarial job during an economic depression.

Then one day life takes a promising turn.  First, her handsome classmate, Christian Chambers, lets her know that he’s interested in her.  Syeesha is easily won over by Christian’s down-to-earth, intellectual nature.  Second, she lands a lucrative job working as a personal assistant for a New York socialite, Jade McCann. Aside from her moody roommate, Syeesha is finally happy.

Until she learns the true reason why Jade hired her.

Syeesha becomes trapped in Jade’s scheme to extort money from her husband.  If Syeesha goes along quietly, Jade promises her a fortune.  If she doesn’t, Jade will ruin Syeesha’s chances of ever sitting before the Bar.  When Syeesha confides to Christian about the plan, he is furious that she would consider selling her dignity for money.  He gives her an ultimatum:  her job or him.

Syeesha is trapped between a conniving boss, an uncertain future career, and a headstrong lover.  But she's learned a few tricks of her own working for Jade McCann.

But will her cunning be enough to keep the cash, her dignity, and the man she loves?﻿
He lied to her once. Will he lie to her again?

Callia Cole may not know what the future holds, but she knows she's done with her past. Fresh out of a ten-year stint from the Air Force, Callia goes back home to start life anew. But the past is about to knock on her door in the very fine frame of Grayson Lane.

Grayson cannot be trusted. After all, he disappeared from Callia's life ten years ago without ever saying goodbye. And now here he is again with a romantic heart but a guarded secret.

The military has hardened Callia. And good thing too, because a weaker woman would fall for Grayson's charming ways, sexy demeanor, and hot kisses.

But not Callia. She will never fall in love with this man again.

When Lauren Daniels gave her housekeeper an all-expense paid island vacation, she hadn't expected to join the young woman on the trip. Why had she AGREED to it, anyway? The loss she’d suffered a year before had changed her from a decisive workaholic to a restless pushover. Fine, she’d tag along. But that didn’t mean she had to like it.

Dwayne Donner was bored with the Caribbean sun and the beautiful women. Both could burn: bad. But when he met Lauren Daniels—a woman who looked like she’d rather be anywhere than a beach paradise—Dwayne’s instinct to run in the opposite direction failed him. He’s drawn to her, despite the trouble he knew she’d bring.

Lauren couldn’t risk the pain of loss again. Dwayne couldn’t risk being conned by another woman. But the risk of heartbreak is eased when she discovers who Dwayne Donner really is.